So, as I look back on 2017 and prepare for my Christmas lunch, I feel the year has been a vintage one with hint slight frustrations. You can never have a perfect year, but it wasn’t far off.

What was so vintage? Well, in 2017 I watched a England team put in some fantastic performances in the 6NS, English players developing in-depth within the squad and then an emerging British Lions squad take on the mighty New Zealand…certainly a vintage year.

It was also fantastic to see Scotland beat Australia in the Autuman series, and Ireland take South Africa to the cleaners. Japan’s stand out match in 2017 was certainly the draw it acheived in Paris against France. A simply fantastic effort, which once again should make the 1st tier teams write off the Brave Blossoms in 2019 at their peril. I have to admit, France were poor on the night, but that should not take away the teamwork, effort and honour Japan’s players demonstrated n the pitch.

Our “Flatman family Aviva teams” have struggled this season, with Harlequins having a rough time and currently sitting 9th in the league, however the arrival of Marcus Smith has been a revelation and inspiration, certainly one for the future. With a squad of fantastic players, including a host of international players, Quins should be playing a lot better, especially in defence…so what’s going wrong? I’m not one to leap on the “sack  the manager” bandwagon, however I see little dynamic flair nor cast iron defence on display, so Kingston and Nick Easter need to up their game in 2018, afterwise I fear a management cull could happen late on in the season.

Leicester Tigers have welcomed back Manu and I hope in the new year we will see more of this exciting talent, if he keeps fit and his head screwed on off the field. Its been great to see Ford and Youngs develop a club rugby relationship, whilst Jonny May has once again found his mojo and speed, putting in tries from all area of the field.

My two son’s have both had a good rugby season (so far), with my eldest son Matthew enjoying his rugby at Wymondham RFC and making it into the Leicester Tigers DPP Under 14’s….a proud Dad moment. My youngest son, Daniel, who plays for Diss RFC Under 11’s has managed to play with more agression, adding an extra dimension in his game. His tackling and speed with the ball is imense, so I look forward to seeing how he’ll develop in 2018. Both boys play with a fantastic set of fellow players and coached by some great people. It’s a credit that both clubs have wonderful, skilled volunters, both of whom are certainly high calibre, coaching the next generation of players not just the skills on the pitch, but respect and the correct attitude off the pitch. 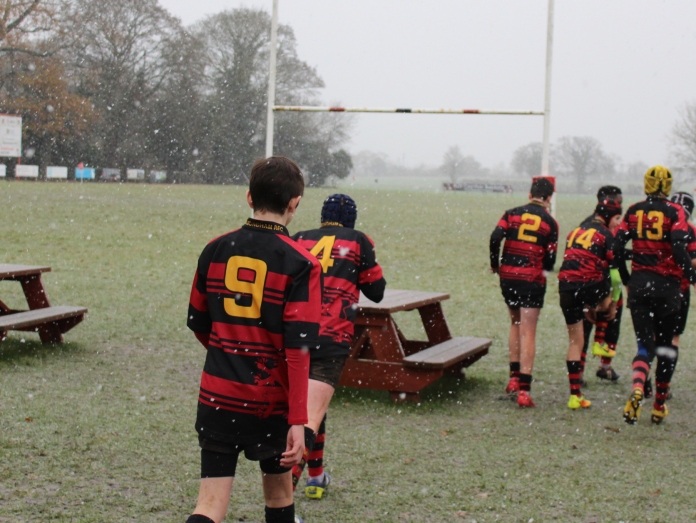 The planning for my Japan trip is going well and in 2018 I’ll be purchasing my tickets for the world cup, plus putting in some finer detail concerning my journey in Japan (with the help of the Japanese Tourist Board) and I’ll finally go into more detailed planning for my trip across Russia and the ferry trip from Vladivostock to Japan, via South Korea. Its going to be a logistical nightmare, but the fun is in the planning!

Frustrations this year? My health hasn’t been great, although my kideny and diabetes have been stable, I find several episodes of gout flares have often been very painful and draining not just physically, but mentally.  I’ve now been prescribed new medication which might control the gout, so time will tell. I know for the 2019 trip I will need to lose 2-3 stone in weight to be able to feel comfortable and healthy whilst making the trip, which will help avoid subsequent gout flares, so watch this space in the new year.

So, as I complete wrappng the presents and preparing for Christmas Eve, I would like to take this opportunity to wish you all a fantastic Christmas,  and a massive thank you for following the blog.